I just wrote a blog called "Running for a Reason" in which I told y'all about my marathon fundraiser for the American Red Cross. I had several lovely people donate and then one mentioned something about the recent funds allocation scandal.

I did a little research and was properly horrified and ashamed of my lack of preparation. Apparently, the American Red Cross has been investigated for lack of response during Hurricane Sandy and raising enormous amounts of money for Haiti earthquake relief that are largely unaccounted for. They're accused of such heinous acts as driving empty trucks around impacted areas just to make it look like there was a Red Cross presence in the area. ICK.

I cannot apologize enough to those who have already donated. If it's any comfort, I do believe the organization does good work, just not as much as it should. Lesson learned: good intentions must be paired with careful research!

I have shut down the original fundraiser, removed all links to it from my Facebook page and started a new fundraiser for Save the Children (after investigating it on charity watchdog sites). This organization works in the United States and across the world to support children's unique needs in various ways. They provide disaster relief services such as food, shelter, clothing and medical care as well as educational services such as their Healthy Choices program that teaches children how to eat healthily and stay active. They have a child literacy program here in the United States that provides resources to increase literacy and have excellent HIV and AIDS prevention programs. Basically, if a child is in need, they're there.

No charity is perfect, but I do believe in the work this one is doing and I feel prepared to stand behind it. If you believe in helping children in our own backyards and around the world and in humiliating me with run dares (oh yeah, if you donate, I will do the silly/bizarre/meaningful activity of your choice on my next training run :) ), then please consider donating. Again, I apologize for the false start. My heart got ahead of my head! 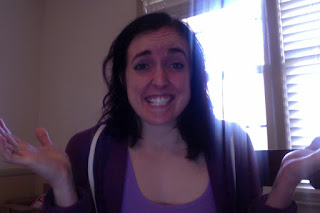 Running for a Reason

Hi all! So some of you may have seen an odd little post from me on Facebook informing you I'm running a marathon to support the American Red Cross. Those of you who know me best may remember that after running a marathon this past March I stoutly declared my intention never to run another. "One and done," quoth I, "This marathon business is for the birds!"

Most of you probably know I've struggled with PTSD, anxiety and depression. My anxiety is really well-controlled now on medication and I've done a lot of work in therapy to exorcise the demons that were driving my PTSD, but depression, that ugly black dog, has been nipping at my heels all along.

The most important thing I've learned about depression is that it lies. It tells you you're worthless. It tells you that there's nothing worth getting out of bed for. It eats your hope. It leaves you with a sucking black hole in your chest consuming all of your joy and motivation.

I was stable for awhile on two terrible medications (they should have been named Fatbilify and Lasnoozeda as far as I'm concerned), but eventually I couldn't stand the side effects and I went off of them, and a few weeks later, boom, hello depression.

Part of my depression is chemical, but part of it is situational. My life did not turn out the way I expected it to. I thought that by 32, I would have a successful and rewarding career. Instead, well, I have IEP meetings and specialist appointments and 7 years worth of dirty diapers to apologize to the planet for. Let me be very clear: Rylan is a gift from the Universe. I am a much better person for having been his mother these past 7 years and I am very happy to be able to advocate for him, teach him to advocate for himself and learn from him. He is an amazing human being.

Depression, though, tells me I'm worthless because I don't have a career. It tells me nothing will ever change and that I'll continue doing the same household chores and going to the same appointments for the rest of my life. It tells me there's no point in having dreams because my life will never be my own.

My therapist has been encouraging me for months to find something, anything, that I'm passionate about. She insists that if I'm able to carve out a little space for something that I care about, I'll feel more like my own person again. I've known she was right all along, but I was so lost in the web of depression's lies that I couldn't find my way to a passion. I couldn't even remember what it felt like to care about something. I was numb.

Then, this past weekend, I woke up and it hurt. The terrorist attacks on Paris and the Syrian refugee crisis woke me up. I saw people suffering, really suffering, not merely feeling bored and unfulfilled, but absolutely broken apart in every way by destruction. At first, I just cried and donated money and cried some more. I became addicted to the news and read countless stories about people all over the world victimized by bombings, shootings, natural disasters, famine, drought. I felt connected to each suffering face that I saw and guilty for my own privilege and helpless to stop the tide of suffering.

And then I remembered my therapist's advice. Find one thing. One small thing. Do it. That's when the idea to run a marathon for the Red Cross was born.

The Red Cross helps people on the worst day of their lives. Some of them have been having the worst day of their lives over and over again for longer than we can imagine. They need shelter, medical care, food, safety, but most of all they need hope, and I, in my pitiful, hopeless, self-involved state, can help give it to them. I can do this one small thing and it will have meaning. I can't travel to dangerous regions and feed the hungry, shelter the homeless and treat the wounded, but I can lace up my running shoes and put in the work it takes to cover 26.2 and I can pester my friends and family to support my efforts to bring people hope.

I'm posting the link to my fundraiser here: https://www.crowdrise.com/runhardfortheredcros . Please consider donating. If you were going to give me a Christmas gift, give to the fundraiser instead. If you read the news and feel sick and helpless, donate if you can. Let's do this small thing together.
Posted by Meg at 11/18/2015 12:28:00 PM No comments: